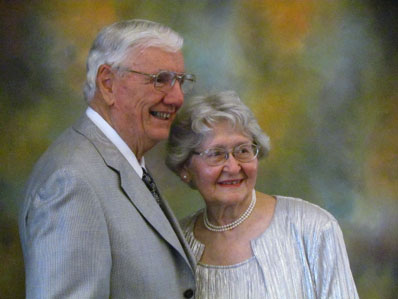 Lee grew up in Fairfield, Iowa where he worked at his family’s Oliver dealership which opened in 1946. Lee assembled machinery and did some mechanical work, mostly on the 70’s. While in college at Iowa State he worked at the Charles City factory Engineering Department. In the summer of 1952 he operated the test stand to “run in” the two Oliver 77 propane tractors that were later sent to Nebraska for formal testing at the Nebraska Testing facility. In 1955 Lee started wearing an U.S. Air Force uniform were he became an Air Force pilot and engineer. 26 years later he retired with the grade of Colonel.

Lee become a charter member (#329) of the HPOCA and served six years as secretary on the HPOCA board. He was the first president of the Buckeye Oliver Collectors holding this position for 10 years. He was then secretary until our fall banquet in November, 2016. Lee has not missed a HPOCA summer show or winter get together in 20 years!

In 1946 when delivering a new 60 row crop to a farmer in Iowa he had good fortune of meeting the farmer’s wife and daughter. Seven years later he married the daughter! This year Lee and Shirley celebrated 63 years together! 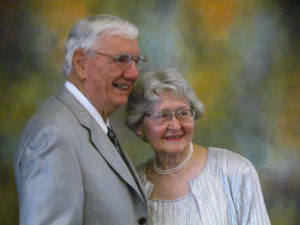 It’s not hard to see the passions Lee has had throughout his life; Oliver tractors, Air Force, and family. Lee and Shirley volunteer at the Air Force Museum and get to come for the first time in many years to an Oliver event and just visit. People of all ages love their stories.

Only owning one Oliver tractor, a 77 standard, Lee has shown that there are many ways to be dedicated to the Oliver world. The next time any of you see Lee and Shirley be sure to stop and say Thank You for all they have done.